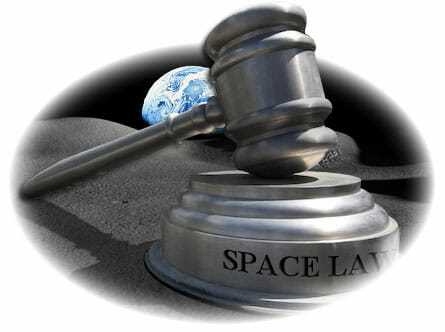 What is Space Law?

In the last year, the Lunar Embassy as well as many other bodies have been receiving much attention with regard to the sale of extraterrestrial property.

The discussions in several articles are productive to the furthering of the discussion of the subject to say the least. This in itself has stimulated very positive and productive discussions all over the planet. The Lunar Embassy have however noticed, that many discussions are sometimes tainted with simple untruths that are unfortunately said by people who have not researched the subject in depth. As a result, some untruths sometimes get mixed up with what is fact today.

As the market leaders in the area of extraterrestrial property sales, the Lunar Embassy feel it is therefore necessary to dispel a few myths, if only to help our customers to make a correct and informed choice.

At this stage we feel it may be a good idea to let you know that what follows, is a discussion of the legal aspects of owning extraterrestrial property. It is the only area on any of our webservers where we will leave the “fun” aspect of the entire story aside for the moment for a reality check. It is meant for the hard and fast skeptics out there, to whom we owe so much. This is a long page, but if you read it you will note it’s well worth the read and your time. (it gets pretty heavy in parts though…sorry…legal stuff never seems easy does it..)

Perhaps you have heard someone once say something like “The Moon cannot be sold” or “The Moon Treaty absolutely forbids exploitation of lunar resources for profit”.

Would it not be great if life was that simple? Well here is the truth about some myths and we do explain them, as we know them to be fact to the best of our ability as well as many space expert’s abilities.